The Chinese have had the habit of wearing jade since ancient times, and the jade ornaments of various colors for thousands of years are dazzling. After thousands of years of cultural accumulation and precipitation, the jade has also refined many moving legends and allusions, providing a rich theme for jade carving. The auspicious patterns on these jade articles combine the wisdom of the working people and reflect the emotional sustenance of people for a better life, which is widely spread in society. 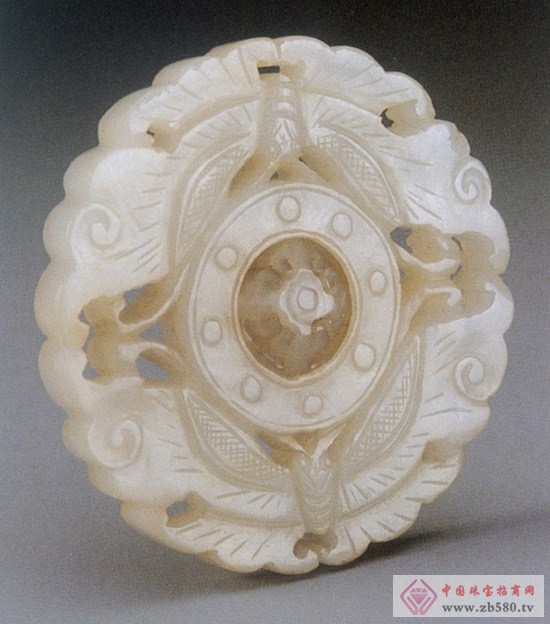 The map must have an apartment, the house must be auspicious

The theme of jade carving always has a certain meaning. Plants, animals, and the familiar images of everyday life have a unique meaning. It is understood that the auspicious pattern is a kind of Chinese traditional decorative art figure. Through the myths and legends of animals, plants, birds, fish, people, gods, saints, immortals, and Buddhas, as a symbol of auspiciousness, in the form of pictures and homonyms, "The picture must have an apartment, and the house must be auspicious." The jade ornament pattern more expresses the desire of people to pursue, to aspire to a better life, to pray for peace, to fill the folk culture, and to conform to people's jade habits. Mr. Su, the owner of â€œYuhangyuanâ€, said that the expression techniques of Chinese jade carvings are divided into meanings and symbols, Chinese characters, fake words, direct expressions, and comparisons. Common auspicious patterns generally have longevity and more blessings, home and prosperity, Anping Pinghe, career Tengda, and evil-eliminating disasters. In ancient folks, people believed that wearing jade articles would help them avoid evil.

Chinese people have had the habit of wearing jade since ancient times, some are from hobbies, and some are from the best wishes in the heart. Mr. Su introduced to the author that some people hope to help people avoid evil and protect their bodies through jade artifacts, and bring peace, good luck and happiness. Among the jade articles, the more popular ones are the gods of wealth, Guanyin and Luohan. For example, the Jade Buddha and the Jade Goddess of the religious theme have thousands of different forms, and the jade carvings of different Guanyin have different meanings. Nowadays, the popular embossed patterns have begun to appear in the Ming and Qing Dynasties. The Chinese ancient jade patterns reflect the traditional mentality of people's shunning. The common longevity star is often decorated with the Antarctic fairy Wengtao peach. The jade carving is often used as a material to remind people of their longing for health and longevity. In addition, the boy and the god of wealth together, meaning the boy to send money, there is a big rich and expensive. In ancient times, this festive and peaceful jade auspicious pattern was widely favored from the imperial to the ordinary citizen class.

Among the traditional jade ornaments, the zodiac signs, insects and other animals with animals and plants as the main image are also more common. The lotus and the boy are together, which just means the auspicious language of the child. The combination of bamboo and shackles is the meaning of "a blockbuster" and "high rise". Mr. Su showed the author a piece of seed material "Life is good", the whole consists of ginseng, peanuts, Ruyi, Millennium ginseng symbolizes honor, longevity, youth forever, ginseng with life, ginseng and wishful patterns symbolize health and longevity Good luck and good luck. Crystal clear and moist as fat, high transparency.

At present, in the major collection markets of Beijing, Shanghai, Wuhan and Guangzhou, jade merchants can be seen everywhere. Various kinds of jade works at auctions across the country occupy a considerable proportion, and peopleâ€™s demand for jade Itâ€™s a big sight.