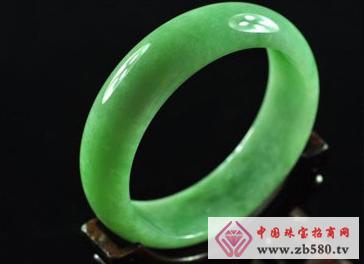 Is Myanmar jade jade? Today, Xiaobian will accompany you to understand this issue.

Burmese jade is mainly produced in the area of â€‹â€‹the Burma of North Myanmar. It was popular in the late Qing Dynasty and the early Republic of China. Due to the high hardness of the jade jade in Myanmar (also known as water species), it is bright and bright. And the good jade color is bright and peaceful, with high preservation and collection value, so it is called "the king of jade". It is loved by many people who love jade and jade. The name of Burmese jade is actually not exact. Jade is produced in Myanmar adjacent to Dehong and Baoshan in Yunnan Province, China. However, according to historical records, there is a saying that "Jadeite is produced in Yunnan, and Yongchang House". This is because the well-being of the jadeite at that time, that is, today's Burma Arch (also known as Mogok, Mogok) was once the Yunnan Yongchang House Meng Mi Xuanfu Division is under the jurisdiction of the company, and Yongchang is today's Baoshan City. In the Ming Dynasty, North Vietnam and northern Burma were all affiliated to the Mizhinao jade area in Yongchang, Yunnan. I look forward to the early return of this jade district to the motherland and add a page to the Chinese civilization.

The color of Myanmar jade jade is slightly different due to the different customs of the region. In the jade kingdom of Myanmar, the jadeite is divided into three categories and 12 levels. The domestic jewelry industry has subdivided it into more than 30 grades according to its different colors. In general, the color tone of Burmese jade can be roughly divided into the following six types:

1, white. It is basically free of other impurity elements.

In particular, the green color of Burmese jade, in addition to its bright color, very durable, it can be worn regardless of identity, status, age, gender. Therefore, it is in line with the Chinese's implicit, peaceful, gentle and intimate personality. The demand for society is rising. Prices have also doubled and even increased by a hundredfold. At present, the price of a green jade bracelet on the international market has reached more than 10 million yuan. Even the emerald jewelry with a little bit of emerald color, as long as it is a real A goods, water head, craftsmanship, color coordination, but also expensive.

The above is an introduction to Burmese jade. If you want to know more about jewelry, please pay attention to our website.