The Hunan Satellite TV brand new star-father and son family-friendly interactive program â€œWhere is Daddy?â€ became the hottest topic on the Internet overnight. In the program, Tian Liangâ€™s daughter and Zhang Liangâ€™s son were all dressed in Mini Peace. 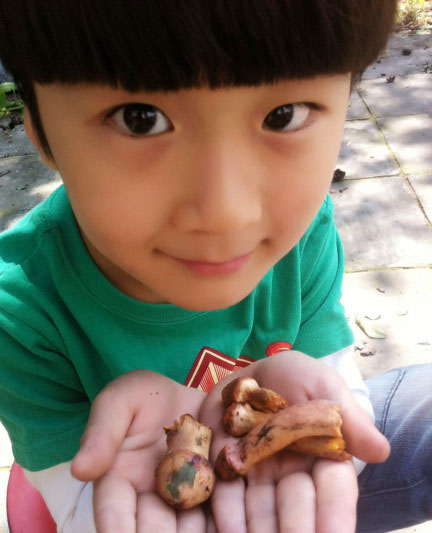 The Hunan Satellite TV brand new star-father and son family-friendly interactive program â€œWhere is Daddy?â€ became the hottest topic on the Internet overnight. In the program, Tian Liangâ€™s daughter and Zhang Liangâ€™s son were all dressed in Mini Peace.

At the 17th Ningbo International Fashion Festival in the past few days, when Mini Peace appeared on the Ningbo Fashion Festival, many people in the industry in Ningbo were stunned.? Mini Peace turned out to be a brand new sub-brand of the Peacebird. .

As the highlight of this debut, Mini Peace placed the most prominent place in the exhibition hall, demonstrating that the Taiping bird has another way in its brand operation.

In the "Fashion of the City" Daxing leisure style, in the "men's clothing" to create a women's fashion, the development process of Taiping bird always gives people a "misplaced management", in the opposite direction of the impression,

It is refreshing for the Taiping Bird to promote its children's wear brand on the festival. This new path naturally cannot be stimulated by attractive children's clothes.

According to statistics, the sales volume of children's wear in China has increased by 26.8%, 16.4%, and 31.7% year-on-year in the past three years. This is a place for adults to have a real eye, and this trend will continue in the short term.

Today's children's clothing has passed the previous â€œmaintaining warmthâ€ stage. At the same time, they gradually became parents after the 80s and completed the primitive accumulation of life one after another. Their brand awareness was strong and they accumulated for a long time in the process of growing up. Brand awareness and fashion requirements also reflect their choice of children's clothing.

Coupled with the original mature design, production and sales of the three core control, Peacebird confident in combining the fashion elements of adult clothing, have their own right to speak, Mini Peace came into being.

"We plan to increase the number of Mini Peace's self-operated stores to about 200 this year." According to the head of the Taiping Birds' Children's Wear, they will combine the needs of the current consumer groups. Mini Peace has formed a physical store sales network and a parallel network marketing. "1+1" channel system.

Taiping Birdswear just participated in the 1st session of the clothing festival, leaving the industry's small partners stunned. With such rapid development, coupled with its original brand concept, fashion elements and mature operating experience, Mini Peace will become a "Peace Bird" A brand new force that can't be ignored under the strategic system.

Anti-tearing Poly Tarps are made from 100% polyethylene granules and LDPE laminated both sides. It has super tear-resistant durability minimizes breakage during transportation and storage. It has water-resistant feature and can be washable. It prevents contamination or damage from rain or moisture, double waterproof surface. PE poly tarps can be used for housing, agriculture, manufacture. transport. etc. It 's ideal for roofing tarps, hurricane tarps and construction equipment tarps. Blue tarps are widely used for roof tarps, construction tarps, landscaping tarps, and woodpile tarps, camping tarps and temporary tarp covers.